How to reach the venue?

Vienna has excellent rail collections to all major European cities. The Austria Center Vienna’s metro station is called Kaisermühlen and is located in the U1 red line. You can travel to the venue quickly and easily from the city’s stations using public transportation:

Please note that during the conference days there will be construction on the venue’s metro station and one of the platform will be closed. You can visit this page to find the best way to reach the venue on public transportation.

The conference venue is located in the red metro line U1 at the station called Kaisermühlen. You can find all the information related to the public transportation on the website of the Wiener Linien (Vienna public transport provider). Furthermore, you can donwload the Wiener Linien’s official WienMobil app. WienMobil makes it possible to plan, book and pay for various modes of transport. Wiener Linien tickets can be purchased and displayed directly and easily in the app.

Please note that during the conference days there will be construction on the venue’s metro station and one of the platform will be closed. You can visit this page to find the best way to reach the venue on public transportation.

You can choose between the following transfer options when travelling from the airport: The non-stop City Airport Train (CAT) service will take you to the centre of Vienna in 15 minutes, and it only takes 25 minutes on the standard rail service (ÖBB). The airport express bus takes around 30 minutes to reach the Austria Center Vienna. You can also reach the congress center by taxi in 25 minutes.

Tariff Rates in the ACV’s parking garage Monday to Sunday are:

Further information is available from the ACV’s website: https://www.acv.at/en/visit/arriving/

Please consider car sharing at the time of traveling to the venue. Also, you can alternatively use the excellent public transportation that the city of Vienna offers.

Vienna demonstrates its strengths as a major, high-profile international city in many different ways: its magnetic attraction as a cultural hub and center of expertise, its globally integrated economy, its role in the heart of Europe and as a city of international dialogue, and the sheer diversity of its population.

The city’s international appeal stems from its cosmopolitan outlook – which in turn is a byproduct of its multicultural make up. A walk through one of the capital’s markets such as Naschmarkt soon reveals this diversity, as does traditional Viennese cuisine which is awash with delicious dishes shaped by all of the countries of the former Austro-Hungarian Empire.

Vienna is among Europe’s fastest-growing cities, and with more than 1.9 million inhabitants it is the second-biggest city in the German-speaking world (after Berlin). According to current forecasts, Vienna will be home to two million people in 2027. More than a third of new immigrants to Austria each year head for the capital. The majority come from elsewhere in Europe. Every second inhabitant of the city has an immigrant background, meaning that they were born in a foreign country, or one or both of their parents were.

The Austrian capital is a city that has used its past, present, and future as a cosmopolitan capital to create an inimitable Viennese blend and enjoys the ideal conditions to succeed in a growing international tourism market. As a destination, Vienna also has a highly international appeal, with more than 80% of bednights accounted for by visitors from outside Austria’s borders. Of the 17.6 million overnight stays Vienna reported in 2019, around 3.36 million were accounted for by German guests and 3.05 million by Austrians. The next largest incoming markets were the USA (approx. 1.03 million bednights), Italy (approx. 837,000) and the United Kingdom (approx. 736,000).

For people working at international companies, Vienna is the world’s most livable city, something confirmed in a worldwide survey of expatriates by respected consultants Mercer. In 2019, Vienna came out top in a ranking of 231 major cities worldwide for the tenth time in a row.

Inviting locations, high quality services and an excellent reputation give Vienna an important advantage in the highly competitive conference and events industry. The city is ranked sixth among conference destinations worldwide in the 2019 statistics produced by the International Congress and Convention Association (ICCA). In 2018, Vienna hosted around 45,490 conferences and corporate events. In addition to excellent reachability and top services for event organizers, Vienna can point to numerous highly attractive venues such as the imperial Hofburg, the Austria Center Vienna and Messe Wien.

More than 1,200 multinationals have chosen Vienna as their Central and Eastern Europe headquarters. They include detergent and cosmetics group Henkel, Canadian transportation manufacturer Bombardier, and pharmaceutical giants Boehringer Ingelheim and Baxter. The capital is also an attractive location for major international Austrian companies including OMV, one of the nation’s largest industrial groups (oil and gas), Porr (construction), Kapsch (telecoms), Schiebel (mine detectors and drones) and Agrana (fruit preparations).

With 20 universities, Vienna is home to around 195,000 students – the largest number of any university town in the German-speaking world. Other knowledge centers in the city include Neu Marx – a modern location for the media and creative industries as well as research and technology, the University of Vienna Campus, and Siemens City. Central European University (CEU) became the latest university to come to Vienna when it opened a campus in the city in fall 2019. With its focus on social sciences and humanities, CEU is the ideal addition to the capital’s higher education landscape. The CEU campus is located in the tenth district for the time being, close to the up-and-coming Sonnwendviertel. Its permanent home will be completed on the site of the former Otto Wagner Hospital in the 14th district by 2025.

Around 45,600 people (2015 figures) work in research and development in the city. Research spending as a proportion of GDP is 3.62% (2015). The city actively invests in research and technology projects and is a driving force behind numerous areas such as the life sciences, IT and communications, mobility, the environment and the creative industries. Vienna also plays an important role in quantum research, with the foundation of the Vienna Center of Quantum Science and Technology (VCQ) marking another major development in this area. Many pioneering achievements in the world of R&D first saw the light of day in Viennese laboratories and spin-offs. High-tech companies are also in their element in the capital.

Vienna is the world capital of music: every night, music lovers are treated to live classical music – something no other city in the world can rival. Each year the Vienna concert schedule includes more than 15,000 events of various sizes and genres. 450 balls provide some 2,000 hours of dancefloor magic every year. No other city has been home to so many composers — Mozart, Mahler, Haydn, Beethoven and Johann Strauss, the king of the Viennese waltz, all honed their craft in the city.

Highlights of the capital’s music scene include the New Year’s Concert by the Vienna Philharmonic, performances by the Vienna Boys’ Choir and a packed, year-round festival schedule featuring everything from early music to the popular acts at the Danube Island Festival. Opera fans the world over come to Vienna to experience the exceptional acoustics in the city’s opera houses, including the State Opera with performances almost 300 nights a year and a different billing virtually every day, as well as the Theater an der Wien and the Volksoper. Fans of musicals should head for the Raimund Theater and the Ronacher.

All told, Vienna has around 120 concert halls and theaters and more than 100 museums. Among the treasures that await discovery are the world’s largest Bruegel collection and one of the most important Kunstkammer (chambers of arts and wonder) at the Kunsthistorisches Museum. The Upper Belvedere is home to a beautiful kiss – the one immortalized by Austrian Art Nouveau genius Gustav Klimt in his world-famous painting – and has the world’s largest Klimt collection. The Albertina collection is one of the leading art collections worldwide, while at 60,000m² the MuseumsQuartier is one of the ten largest cultural complexes on the planet. A well-established culture cluster, it includes the Leopold Museum with its impressive collection of works by Schiele, the mumok (Museum of Modern Art Ludwig Foundation Vienna), the Kunsthalle Wien and the Architekturzentrum Wien. Vienna’s vibrant gallery scene also has plenty to offer art enthusiasts.

Vienna is the place where three pan-European mainline rail routes intersect, and a major Central European rail interchange. The ultra-modern Hauptbahnhof (Vienna Main Station), opened in December 2014, is an international transit hub used by around 150,000 people and more than 1,000 trains each day. It is also served by eight S-Bahn rapid transit train lines, two bus routes, three tram routes and a subway line.

Air travel plays a key role in international tourism for Vienna. The city is a major Central and Eastern European airline hub. Passenger numbers at Vienna International Airport amounted to over 31 million in 2019.
The port of Vienna is the largest public dock on the Danube. One of Europe’s most technologically advanced container terminals, it has excellent links to the rail and road networks, waterways and Vienna International Airport, making it ideally placed as a high-performance hub for the international trade and logistics sectors.

The rights to the use of this text are owned by WienTourismus (Vienna Tourist Board). The text may be reproduced in its entirety, partially and in edited form free of charge until further notice. Please forward sample copy to: Vienna Tourist Board, Media Management, Invalidenstrasse 6, 1030 Vienna; press@vienna.info. No responsibility is assumed for the accuracy of the information contained in the text.

The European Human Genetics Conference acknowledges the support of the Vienna Tourist Board: 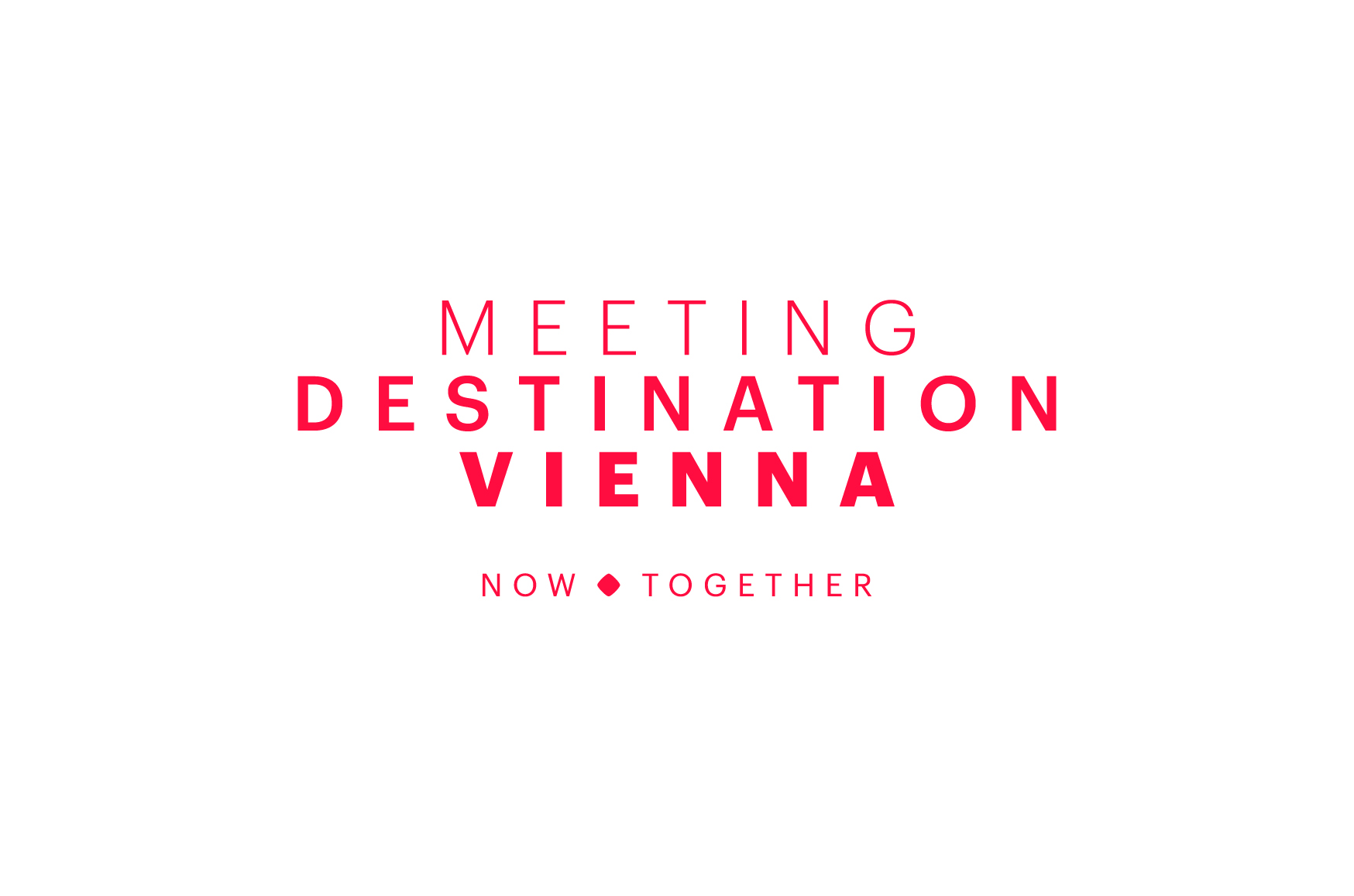